How and Why did the Hijiri Calendar Begin? Muslims celebrate the Hijri New Year (considered an official holiday in some Islamic countries) on the first of the Islamic calendar’s month of Muharram every year. This year, Muslims are celebrating the year 1440 AH.

In this article you will learn:

The Hijri Year refers to our Prophet Muhammad (peace be upon him)’s migration (Hijira) from the city of Makkah to the city of Al Madina El Monawara in 622AD. 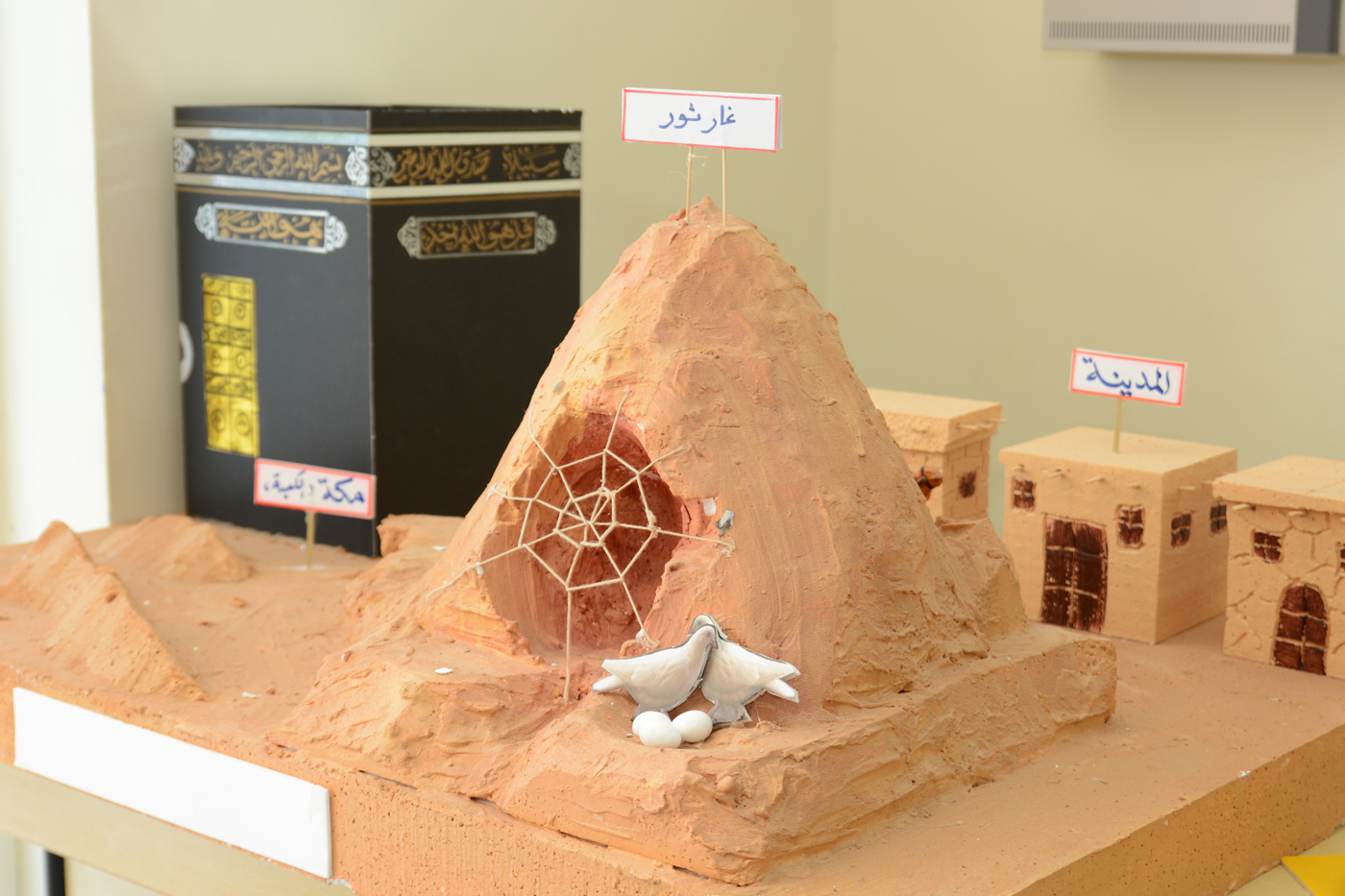 Khalifa Umar ibn Al-Khattab, is considered to be the creator of the Hijri calendar, which is made up of 12 months, dictated by the cycle of the moon. To this day, the full and crescent moons are used to confirm the beginning and end of each month, particularly to establish the beginning of Ramadan, the start of the month of Shawwal and the date of Eid al-Adha and Eid al-Fitr.

Before the Hijri calendar came into use, Muslims used a range of important events in Muslim history, for example, Am Al-Fil, the year in which the Prophet Muhammad was born, to demarcate time. But, seventeen years after the Prophet’s migration and in the third or fourth year of the succession of Khalifa Umar ibn al-Khattab, a complaint was made by Abu Musa al-Ash'ari, an official in Basrah (Iraq), regarding a lack of consistent dates on the correspondence he received. Abu Musa al-Ash'ari sent a letter to Khalifa Umar, asking him to develop for a new way to calculate dates.

After all the discussions, Khalifa Umar announced that the year in which the Prophet Mohammad migrated would mark the beginning of the Hijri calendar. The calendar would begin with the first of the month of Muharram and end with the month of Dhu Al Hijja. Consequently, 622 AD (the year of the Prophet’s migration) became the first year in the Hijiri calendar. 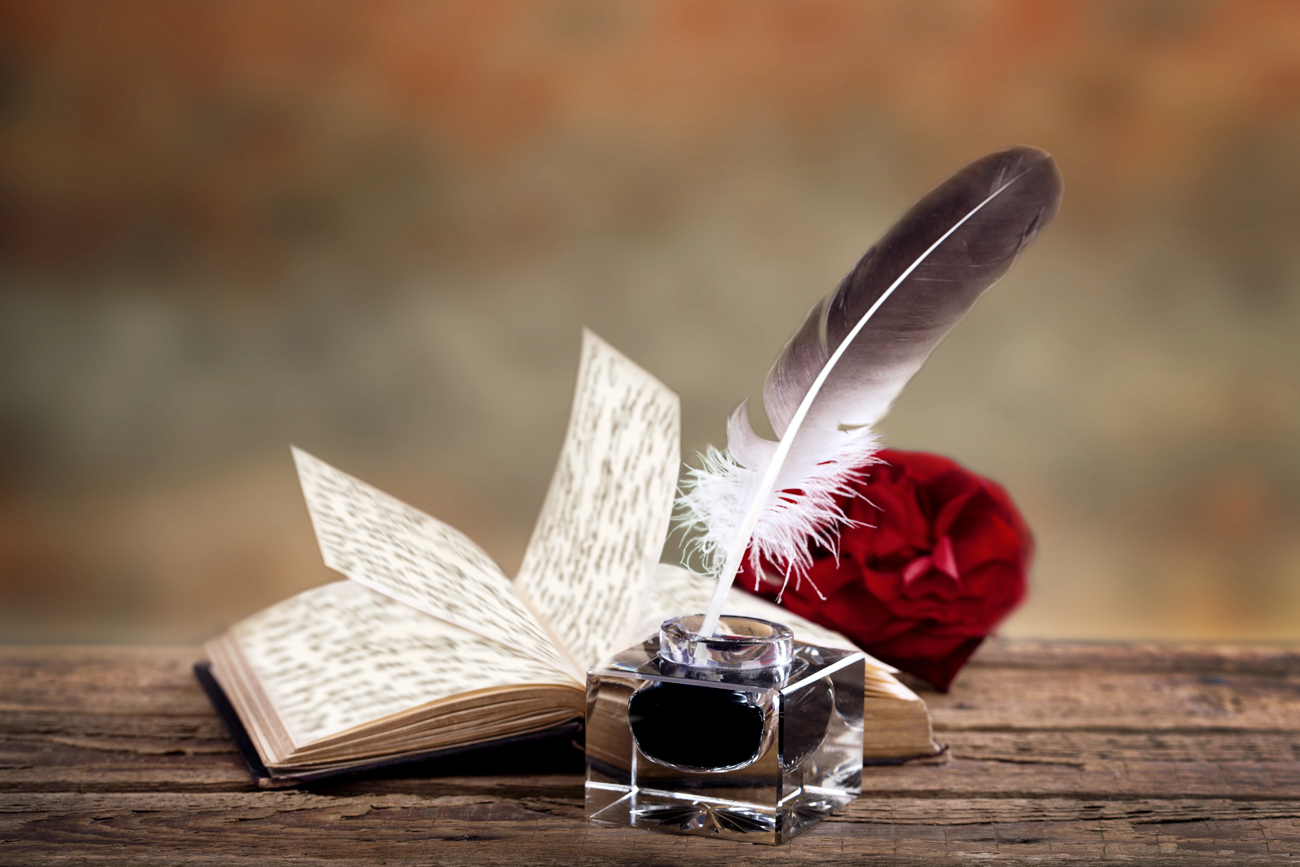 The Hijri year consists of 12 months. As Allah says in the Quran in verse (36) of Surat al-Tawbah:

“Verily the number of months with Allah is twelve months in the Book of Allah, (since) the day He created the heavens and the earth, four of them are sacred. That is the established religion. So be you not unjust unto your selves during them. And fight polytheists totally even as they fight you totally, and know that Allah is with the pious ones.”

Each Hijri month starts at the beginning of the new moon cycle. The number of days in each Hijri calendar month varies according to the moon’s progress around the earth. The length of each month is 29 to 30 days, except for the month of Dhu al-Hijjah. The number of days in the month of Dhu al-Hijjah varies based on a 30-year cycle, meaning that the Hijri calendar fluctuates according to the moon’s long-term movements around the earth. Dates of annual religious practices required by Allah of Muslims, such as Hajj and fasting are marked in the Hijri calendar.

-Sacred Months: Four of the twelve months (Dhu Al Qa’da, Dhu Al Hijja, Muharram, and Safar) are considered “Sacred Months” because of a prohibition on war during these months. As Allah says in the Quran in verse (5) of Surat al-Tawbah:

“Then when the sacred months are drawn away, slay the polytheists wherever you find them, and seize them and besiege them and lie in wait for them in every ambush. But if they repent and perform the prayer and pay poor-rate, (zakāt) then leave their way free to them; verily Allah is Forgiving, Merciful.” 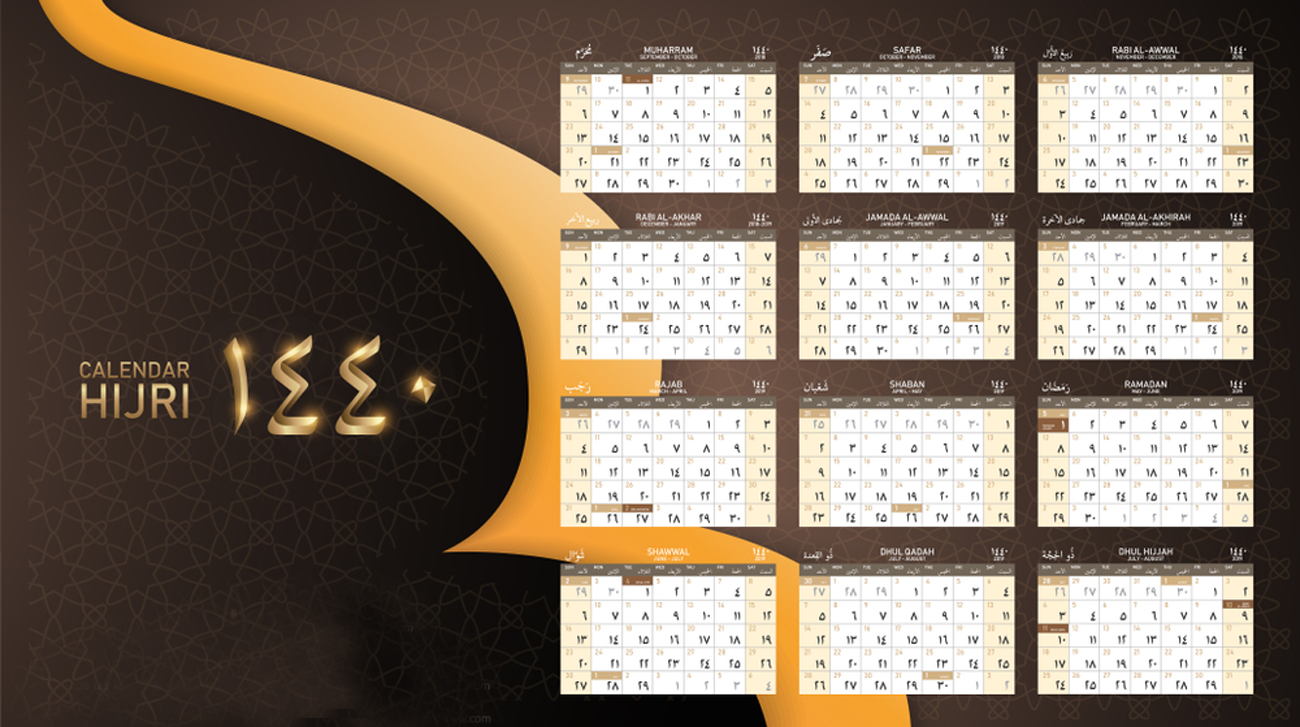 The meanings of Hijiri month names are as follows:

- Muharram: One of the Sacred Months, it is the first month of the Hijri year, given its name (Forbidden) because of fighting is forbidden during it.

- Safar: The second month in the Hijri year, apparently named Safar because Arabs used to loot the houses of their enemies after defeating them in battle, leaving nothing (zero) behind.

- Rabi Al Awwal and Rabi Al Akhar: These two months coincided with the spring, as well as coinciding with a period when those victorious in war could enjoy their new possessions, seized in the previous month of Safar.

- Jumada Al Ula and Jumada Al Akhira: Coinciding with the winter season, these two months were named because of water freezing.

- Sha’aban: Apparently named for the crossings or journeys the Arabs undertook in search of water whilst going to war. Sha’aban follows a month of abstinence from violence during the previous month of Rajab.

- Ramadan: Named for the high temperatures caused by the summer sun and, it is the traditional fasting month for Muslims.

- Shawwal: Due to being the seasonal birthing season for camels, which would normally raise their tails in this season.

- Dhu Al Qa’da: Named after the Arabic word for ‘sitting’, Dhu Al Qada is a holy month where Muslims must ‘sit out’ or abstain from war (although it is permissible to defend yourself if attacked)

- Dhu Al Hijja: The last month of Hijri Year, during which the Hajj pilgrimage occurs.

The Hijri calendar is a lunar calendar, whose months begin and end depending on the movements of the moon. The moon’s disappearance signals the sign of the end of the month. The Hijri calendar was officially created during the reign of Khalifa Umar ibn al-Khattab. The Prophet's migration or hijra in 622AD marks the beginning of the Hijri year calendar and gives the calendar its name.