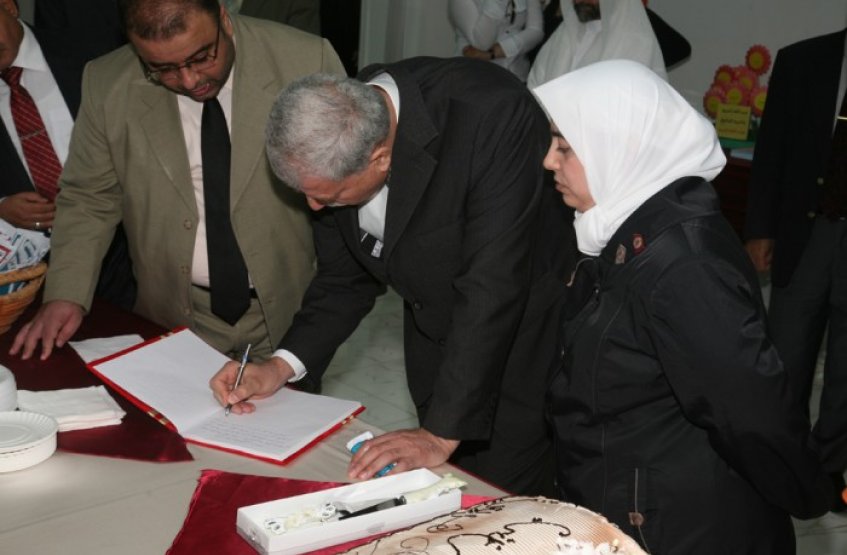 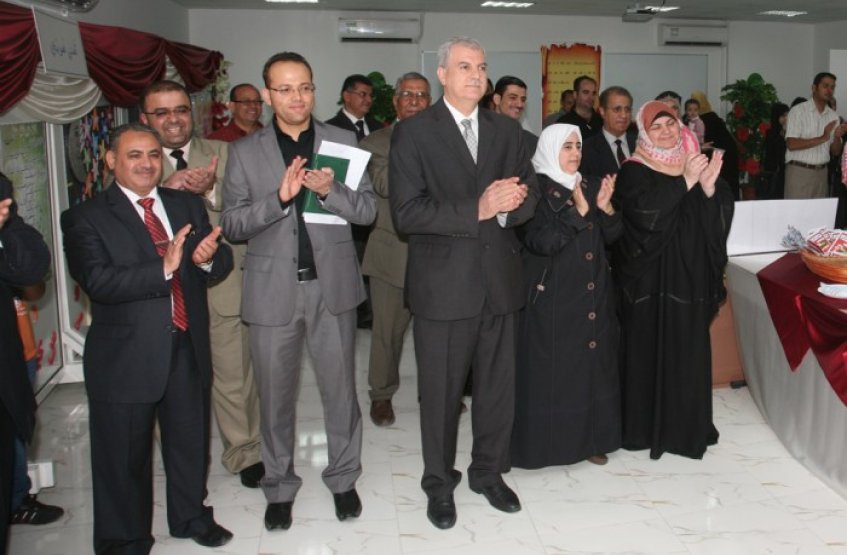 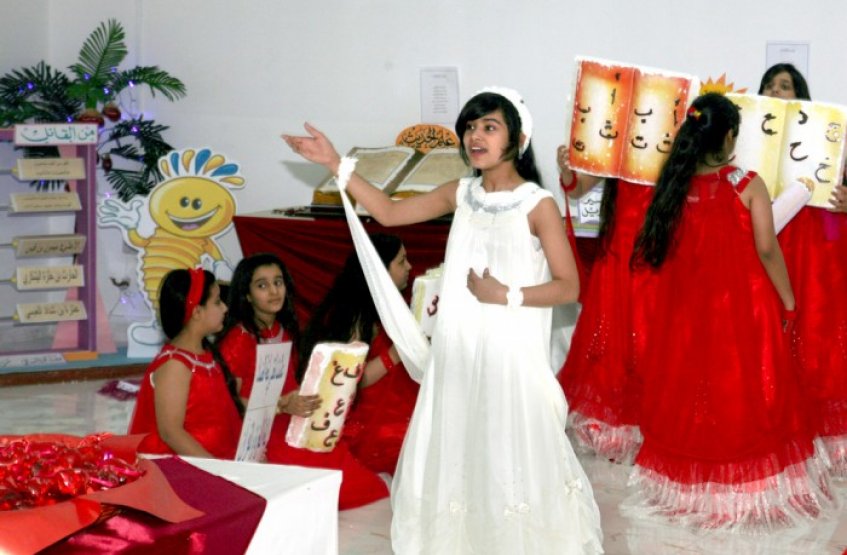 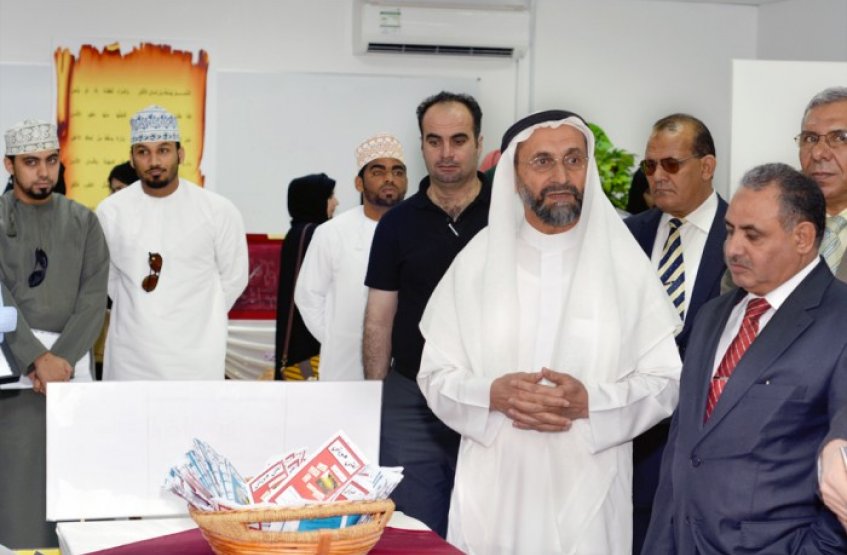 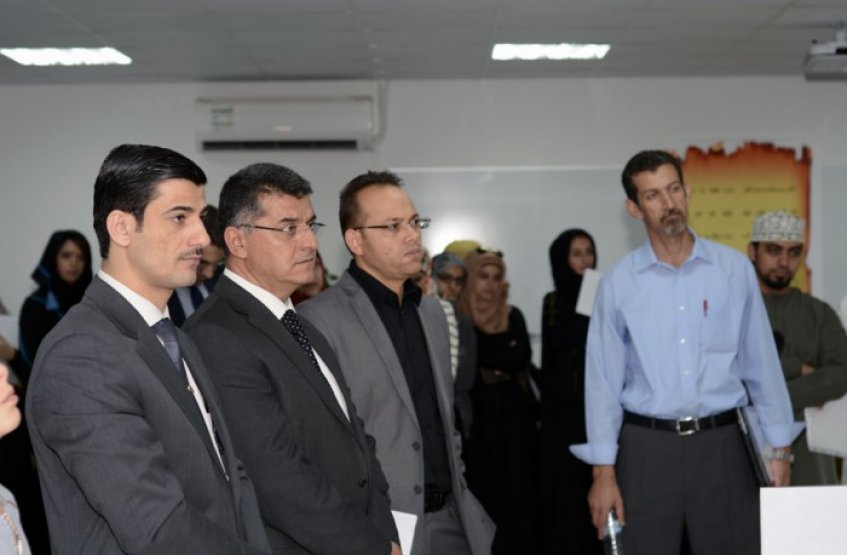 The College of Education, in cooperation with the Deanship of Student Affairs, at the AAU campus in Al Ain, organized an Arabic Language Exhibition under the theme “My Language; My Identity” on the occasion of the World Arabic Language Day. Professor Ghaleb El Refae, AAU President, opened the exhibition in the presence of the College of Education faculty and students who had prepared posters, banners, pamphlets, and leaflets that celebrate Arabic.

Prof. El Refae lauded the role AAU as well as cultural, educational, and media organizations have played to commemorate the World Arabic Language Day by holding events that have lived up to the level of the occasion which encouraged the younger generation to learn and use Arabic. He reiterated that Arabic needs to be given the attention it deserves by enhancing its teaching and learning at schools and universities as well as giving it focus in the media.

El Refae expressed his appreciation to His Highness Sheikh Mohammed bin Rashid Al Maktoum, Vice President, Prime Minister and Ruler of Dubai for his highness’ close attention to the preservation and protection of Arabic through numerous national initiatives, namely, "Mohammed bin Rashid Arabic Language Award". The award launched to foster exceptional contributions to Arabic language, hopes to encourage the youth and other members of the Arab communities to pay special attention to the language that makes up their national and Islamic identity yet keeps abreast with the developments of the 21st century and technology in order for future and successive Arab generations to understand, use, hold on to, and take pride in as their mother tongue.

The AAU President added that AAU has been and will always be keen on instilling loyalty to the Arabic Language in students. May 20th has been announced an annual Arabic Language Day at AAU not to merely celebrate the language, but also to see what we have given the language through publications and research which will hopefully exalt our glorious language.

Math Competitions create an exciting atmosphere within the knowledge market

College of Education organises 3 exhibitions to engage with the community